Needle bearings are distinguished by being formed by a cage that houses a large number of rollers with a much smaller diameter in relation to its length. Needle bearings have a high load capacity taking into account the size of their section.

This typology is suitable for applications where radial space is limited and the application sides where the bearing support serves the rolling track. 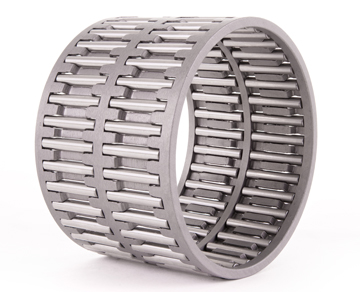 Fersa has its own designs adapted to applications where the standard references for needle bearings are not applicable.

They are mainly formed by two elements: a cage and its needles. They are distinguished by being rigid sets that allow for supporting a large load capacity in minimum spaces.

They are usually placed between an axle and a housing that serves as a rolling track.  Due to the small space between two components, it requires great precision.

They are recommended for supporting radial loads and high speed applications in confined spaces, so its most widespread use is in gearboxes.